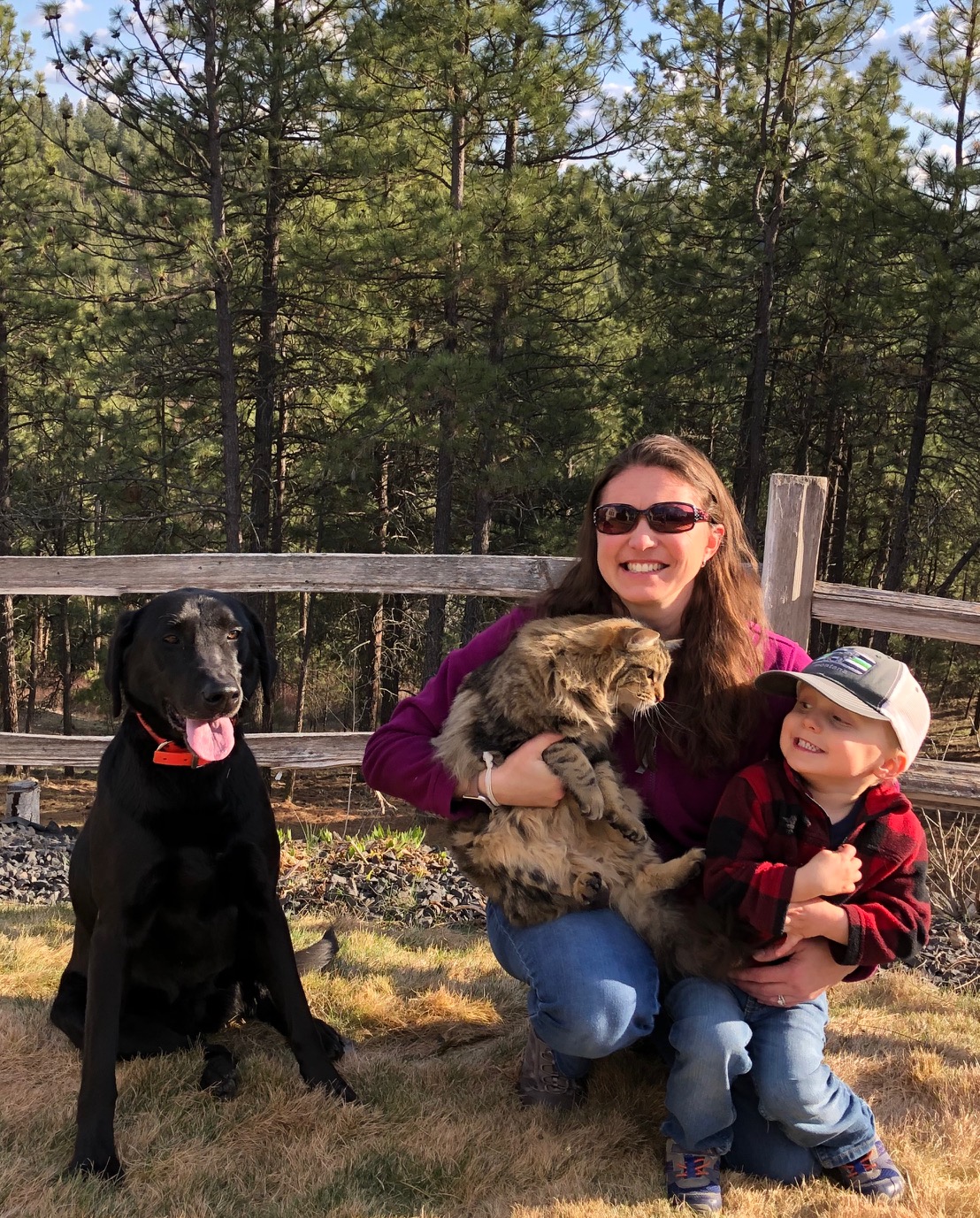 The clinic has remained in the family with the purchase of the business by Dr. Megan McElroy.

Doctor Megan McElroy graduated from Washington State University, College of Veterinary Medicine in May, 2002. She is Dr. Pat O’Dea’s daughter. She is married to Jim who works in the accounting field, and they welcomed their son James to their family in January 2017! She has special interests in cardiology and treatment of cancer. In her spare time she enjoys reading, gardening, and outdoor recreation. They share their house with their spunky Labrador Pepper, crazy Drahthaar Petra and their adventurous cats Duke and Daisy! 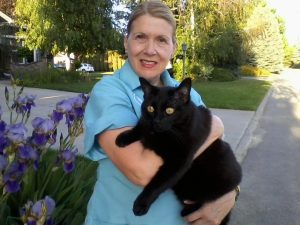 Dr. Joan Vendramin received her Doctorate in Veterinary Medicine from WSU in 1983. Dr. Vendramin has a special interest in senior pet medicine, as well as feline medicine and surgery. She shares her home with her wonderful Bombay kitty named Banshee who loves to live up to her name! 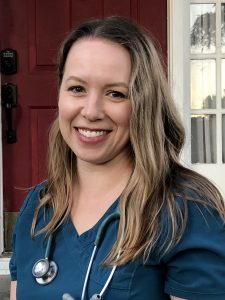 Anna Pfeiffer decided she wanted to become a veterinarian after growing up in a small town in Alaska with no local veterinarian. She followed her dream to Washington State University where she graduated in 2012. Go Cougs! She has had a wide range of experiences in veterinary medicine including large animal, small animal, exotics and wildlife. Her favorite things about veterinary medicine are surgery, emergency medicine, reproductive medicine and helping teach the next generation of veterinarians and technicians. In her spare time, Anna enjoys riding her Peloton, cooking, gardening and spending time with her husband, new baby and corgi. 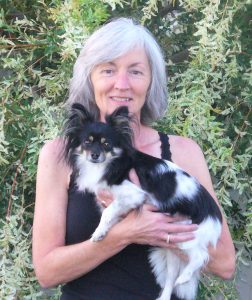 Cheryl has been working at Heart Arrow Veterinary Service since 1989! She enjoys spending time with her family and is a very proud Grandma to Hayleigh and Brody! She has a little Pomeranian mix named Lyric who loves to make her laugh! 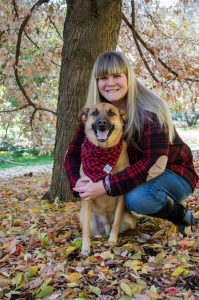 Leah was born and raised in Reading, Massachusetts then moved to New Hampshire at the age of 13, before leaving for college in Providence, RI. Leah graduated from Johnson & Wales University in 2009 with her degree in Equine Studies. She then moved to the east coast in 2013 to pursue her love for horses, and worked at a horse farm as an assistant trainer for 3 years. Leah loves to spend her free time with her wild and wonderful little boy Brody, twin sister, and mother. Leah has a dog named Rocky, 2 cats- Grey and Bailey and 2 guinea pigs named Rigley and River. 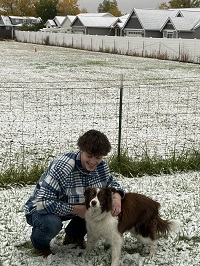 Bryan is originally from Port Angeles, WA, but moved to Spokane around high school. About to graduate from Eastern Washington University with his B.S. in Biology, he is also currently focusing on gaining more clinical experience in the Veterinary field before applying to Veterinary School to obtain his D.V.M. In his free time, Bryan loves to spend time with his dog, Piper, as well as outdoors. Things like snowboarding, surfing, rock climbing, camping and backpacking are at the top of his list.

Laura is originally from Anchorage, Alaska but spent most of her life growing up in Moscow, Idaho. She recently graduated from the University of Idaho with a B.S. in Animal and Veterinary Science. She moved up north to begin her career in the veterinary world and hopes to further her career by becoming a licensed technician in the future. She enjoys the outdoors, camping, and spending time with her husband and family. She has three kitties at home, Onyx, Blinx, and Holstein..

Alyx was born in Mountain Home, Idaho. She grew up in a military family and moved around throughout her childhood. In 2012, her family moved to Spokane, and she has lived in the area since. She enjoys painting, spending time with her friends, and exploring outdoors. She has plenty of fish and two kitties, Momo and Appa, who keep her busy at home. In the future, she plans to pursue a degree in neuroscience and psychology.

Originally from California, Michele relocated to Yakima in 2013, and to Spokane in 2022. After a long career in financial services, she is thrilled to be working with animals now, and loving on your pets. She currently has one cat and two dogs at home. Michele is married to her teenage sweetheart, and has two grown children.